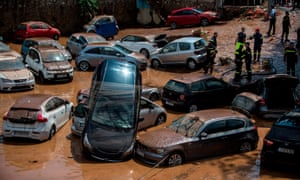 Exclusive: Prof Michael Mann declares the impacts of global warming are now ‘playing out in real-time’

The extreme heatwaves and wildfires wreaking havoc around the globe are “the face of climate change”, one of the world’s leading climate scientists has declared, with the impacts of global warming now “playing out in real time”.

Climate change has long been predicted to increase extreme weather incidents, and scientists are now confident these predictions are coming true. Scientists say the global warming has contributed to on the scorching temperatures that have baked the UK and northern Europe for weeks.

The hot spell was made more than twice as likely by climate change, a new analysis found, demonstrating an “unambiguous” link.

Extreme weather has struck across Europe, from the Arctic Circle to Greece, and across the world, from North America to Japan. “This is the face of climate change,” said Prof Michael Mann, at Penn State University, and one the world’s most eminent climate scientists. “We literally would not have seen these extremes in the absence of climate change.”

“The impacts of climate change are no longer subtle,” he told the Guardian. “We are seeing them play out in real time and what is happening this summer is a perfect example of that.”