Home / Other News / Who should AI kill in a driverless car crash? It depends who you ask

Who should AI kill in a driverless car crash? It depends who you ask

the guardian) Responses vary around the world when you ask the public who an out-of-control self-driving car should hit Wed 24 Oct 2018 Pedestrians cross the road as a nuTonomy self-driving taxi undergoes its public trial in Singapore. Photograph: Edgar Su/Reuters Moral responses to unavoidable damage vary greatly around the world in a way that… [Read More] 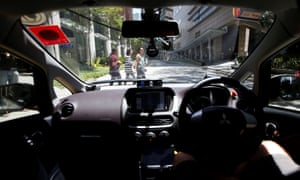 Moral responses to unavoidable damage vary greatly around the world in a way that poses a big challenge for companies planning to build driverless cars, according to new research.

The researchers, from Massachusetts Institute of Technology and other institutions, presented variations of the classic “trolley problem” thought experiment almost 40m times to millions of volunteers from all around the world.

In the traditional thought experiment, participants are asked to consider whether they would reroute a runaway trolley car which is about to hit and kill five people, directing it on to a siding where it would kill only one person. In the new quiz, dubbed “Moral Machine”, the researchers instead asked volunteers to consider what a self-driving car should do in examples from more than 26 million variations of the same question.

Responses to those questions varied greatly around the world. In the global south, for instance, there was a strong preference to spare young people at the expense of old – a preference that was much weaker in the far east and the Islamic world. The same was true for the preference for sparing higher-status victims – those with jobs over those who are unemployed.