Camden’s Draft Transport Strategy was consulted on in November 2018, was praised by TfL and will be adopted by the council in April 2019. We responded, expressing our agreement with the vision, our support for the seven objectives and our acknowledgment of the value of the Draft Cycling Action Plan with the plans for a borough-wide cycle network with plans for its implementation.

As described below the route on Royal College Street was built a few years ago, and Tavistock Place has been open since the trial started three years although the planned upgrades are still to be carried out. These are shown in the progress table below together with other agreed schemes. As the network develops, we will add more rows to the table. Here

This started with the closure of Judd Street at Euston Road early in January. This opened in May 2019 providing a continuous protected cycle route from Kentish Town to Elephant and Castle via Royal College Street and Pancras Road, Midland Road, Judd Street and onto CS6.

The pages below describe the history up to the end of 2018 and will not be updated aeven when progress is made.

This section concentrates mainly on the new cycle routes in Camden that were implemented as a result of the Mayor Boris Johnson’s vision for cycling, published May 2013 (that Mayor’s vision has now gone offine). To quote: “We will offer two clear kinds of branded route: high capacity Superhighways, mostly on main roads, for fast commuters, and slightly slower but still direct Quietways on pleasant, low-traffic side streets for those wanting a more relaxed journey. Some Quietways will also be attractive green routes through open space, suitable for recreation and family enjoyment. In the City and West End, a mixture of Quietways and new Superhighways will make up the ‘Central London Grid’ (CLG), joining all the others together. Outside the centre, local links complete the picture.” 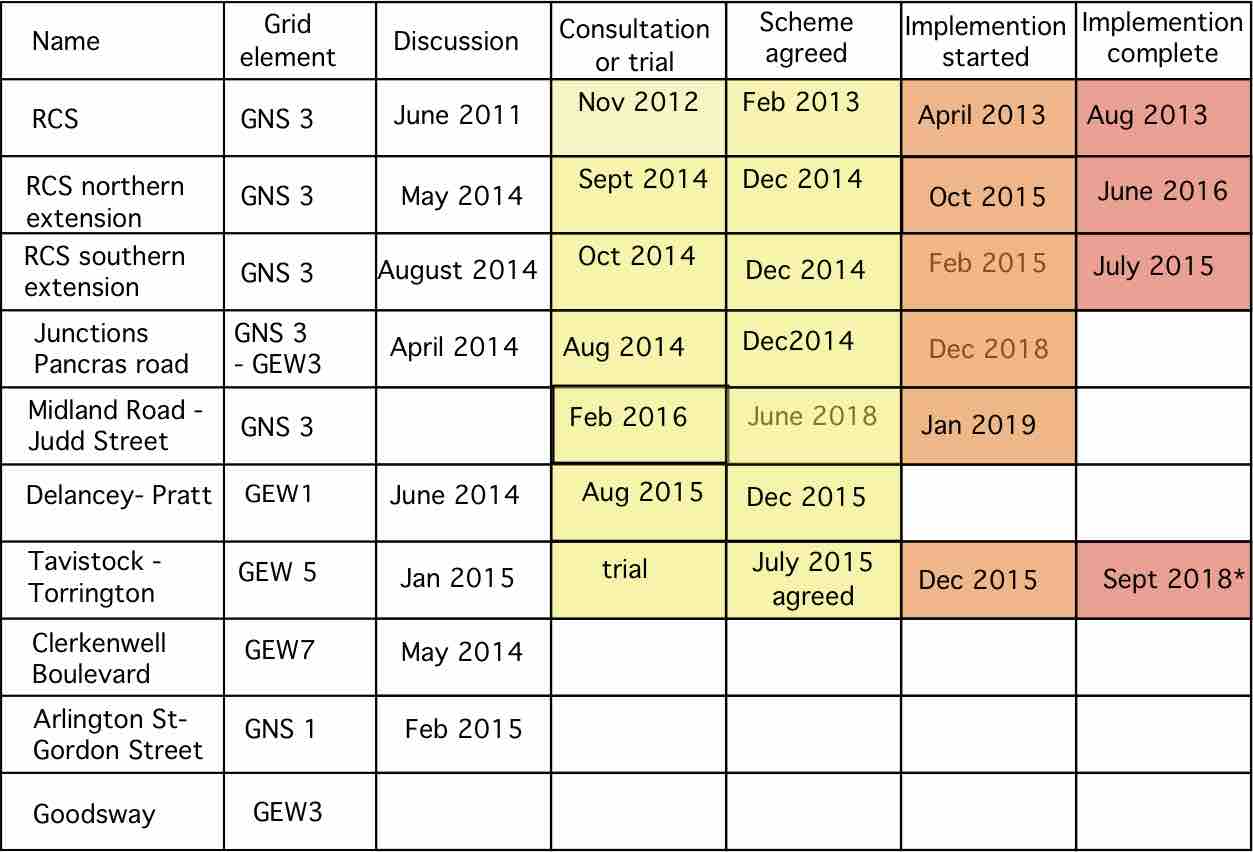