Map of the route provided by Sustrans August 2014 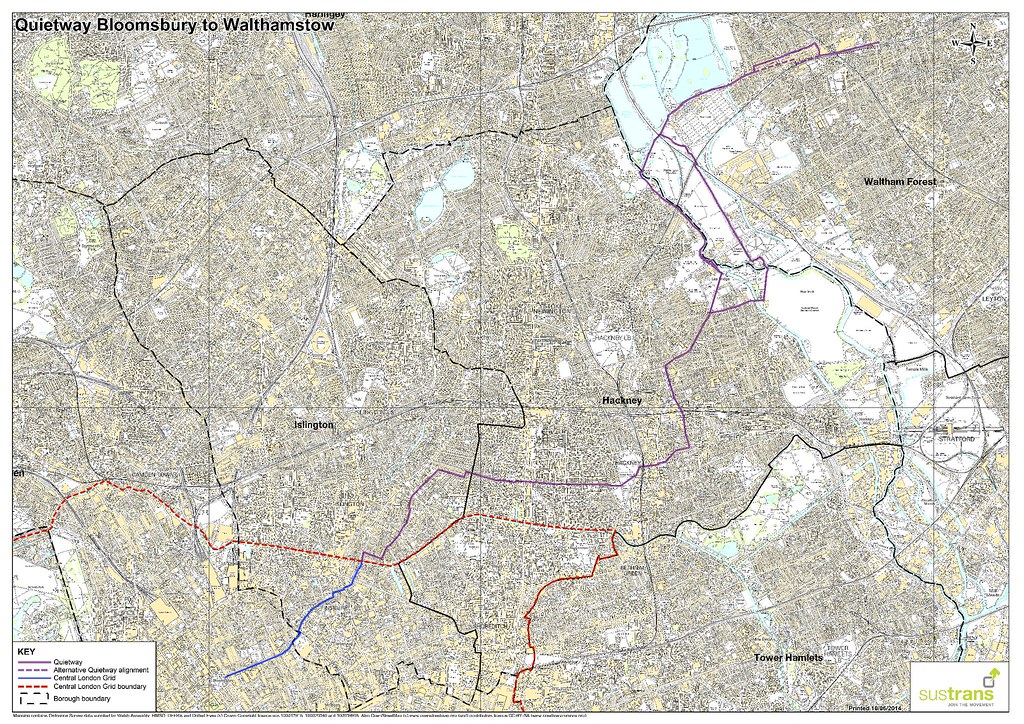 John Chamberlain took part in a route inspection ride organised by Sustrans together with members of LCC in Waltham Forest, Hackney and Islington.

These indicate that some filtering will be required to reduce motor traffic numbers to below 2000 pcus per day so that no segregation is needed.

Officers advised us that QWs are intended to be routed through quiet back streets where minimum interventions and signage. Unfortunately, neither Calthorpe Street nor Guildford Street can be described as ‘quiet’ with 6k and 9k motors per day. But Camden officers say they do not plan to filter these roads. We made the point that the last they could do would be to provide a protected link from Phoenix Road and Cubitt Street to Farringdon Road to provide a suitable eastern extension to the Tavistock- Torrington route.

Consultations on QW 2 in Camden

Camden consulted on some proposals for the Calthorpe Street _ Guildford Street alignment. See the discussion on CycleScape, and see our response to the consultation.

TfL consulted on the junction with Farringdon Road. See the discussion on CycleScape. See joint response with ICAG (2015).

The route into Camden has been realigned. It will leave Islington via Wharton Street, crossing Kings Cross Road into Frederick Street then turn left and right across Grays Inn Road into Sidmouth Street and Tavistock Place.

QW2 back on Calthorpe and Guilford Street – 2017