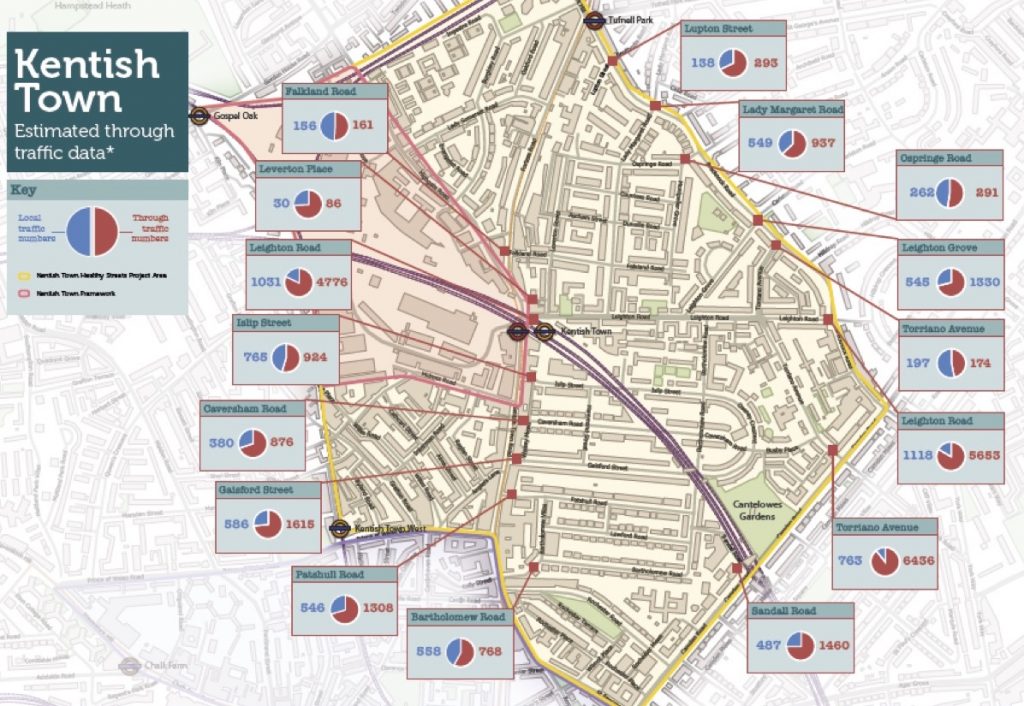 Click on this image to see a larger version

Camden Council has been engaging with local stakeholders regarding the Kentish Town Healthy Streets Project. Karl Brierley who is is Camden’s Principal Transport Planner for Low Emission Neighbourhoods and Healthy Streets gave a talk at our February meeting.

This included a slide with a visualisation of Camden’s motor traffic Origin-Destination surveys with entry-exit points on Kentish Town Road, Camden Road and Brecknock Road. A journey was considered as local if it entered the area without leaving within 15 minutes.

Soon after this, we heard that Michael Robinson, coordinator of  HounslowCycling, had been working on detailed analysis and produced visualisations for surveys carried out in Chiswick.

Michael expressed interest in seeing Camden’s Origin-Destination surveys and within the framework of a FoI request, Karl Brierley supplied us with the data which we passed on to Michael.

Michael has used software called Tableau to produce a set of visualisations of the through routes as well as a version of the graphic shown by Karl Brierley.

Some examples of what can be found from a brief tour of what’s shown under each Tab:

In addition, Michael has produced variations on a Sankey diagram  –  a type of flow diagram in which the width of the lines is proportional to the rate of flow. This different style of drawing is very powerful: an example is included below.
These diagrams are available in a google sheet.

Finally,  Michael has also produced the Sankey charts in Tableau. The results are here.

The diagram below shows the flows from a survey carried out from 6 am to 10 pm on Tuesday 10th December using Automatic Number Plate Recognition cameras at 16 locations (the locations are shown in the chart from Karl Brierley’s talk above). The cameras captured 66,318 vehicle movements from 23, 607 vehicles comprising about 38,000 trips. 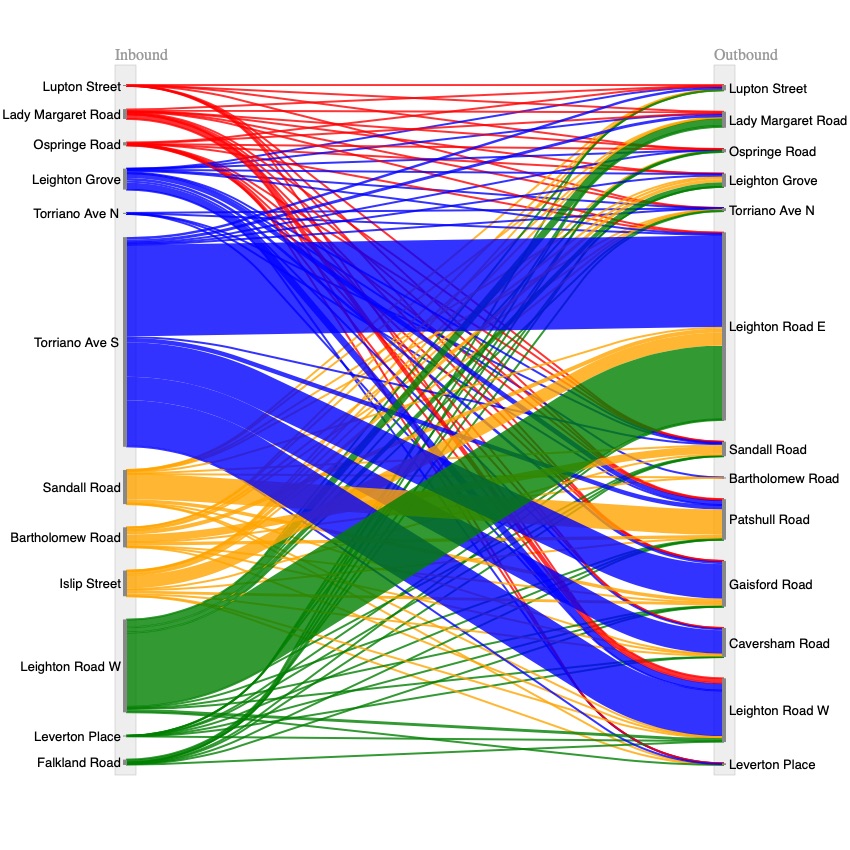 Interpretations of the Sankey diagram

The Sankey diagrams give an overview of what can be studied in more detail in the Tableau visualisations. For example from the above Sankey diagram the top flows are, in order from largest to smallest: