Bikehangars are secure storage units for bicycles. Each unit typically stores 6 bicycles and is placed either on the street or on council or private property. Some boroughs, such as Hackney and Lambeth, have hundred of public bikehangars; Camden was rather slow to get started but is in the process of catching up.

The map below (courtesy CycleHoop) shows the current location of Bikehangars in Camden as of November 2018. You can get an updated interactive version from the Cyclehoop website at www.cyclehoop.rentals 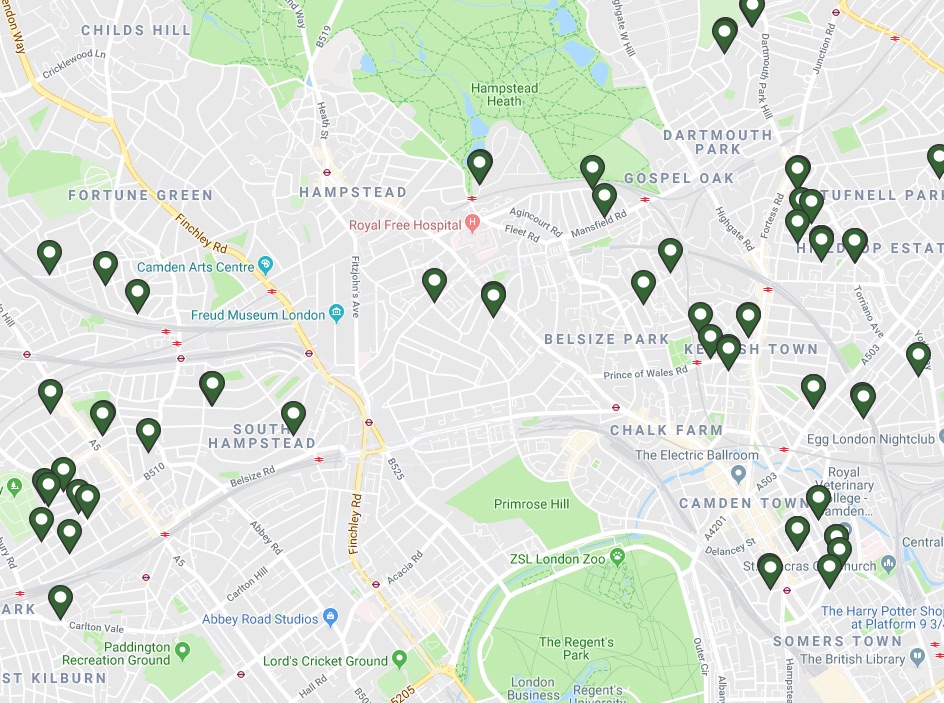 Camden Council will consider requests from groups of residents to install Bikehangars in their streets. They prefer at least 6 residents to express an interest in renting a space in a Bikehangar. Please: