We have made a spreadsheet listing the bus stops on protected cycle routes in Camden, classifying each one as  Bypass, Ride Round, SUBB (shared use bus boarder) or RCS. “RCS” refers to the original Royal College Street bus stops from which SUBBS were derived.  We note the width of each which should be at least 2.5m for Bus Stop Bypasses and 2m for SUBBs and RCSs.  We also use the category “Bypass under construction” from when the work starts on site until the zebras and other markings are complete (but don’t wait for the shelter to be moved). “Bypass-fail” refers to a small number of sites that don’t conform to the standards.

Larger Map. The details (e.g. substandard widths are shown in red) in the Google Sheet which is here. If you can’t access Google Docs, a PDF is available here.

The sheet includes the bus stops on the Islington side of York Way and two on Farringdon Road just south of the Camden border but these are not included in the above counts.

A few of these bus stops are narrower than the standard but there is insufficient road width to increase them and they seem useful so we have not “failed” them.

The three bus stop bypasses classified as ‘fail’ are:

The three bus stops classified as ‘too narrow’ are:

We have referred to the following standards: 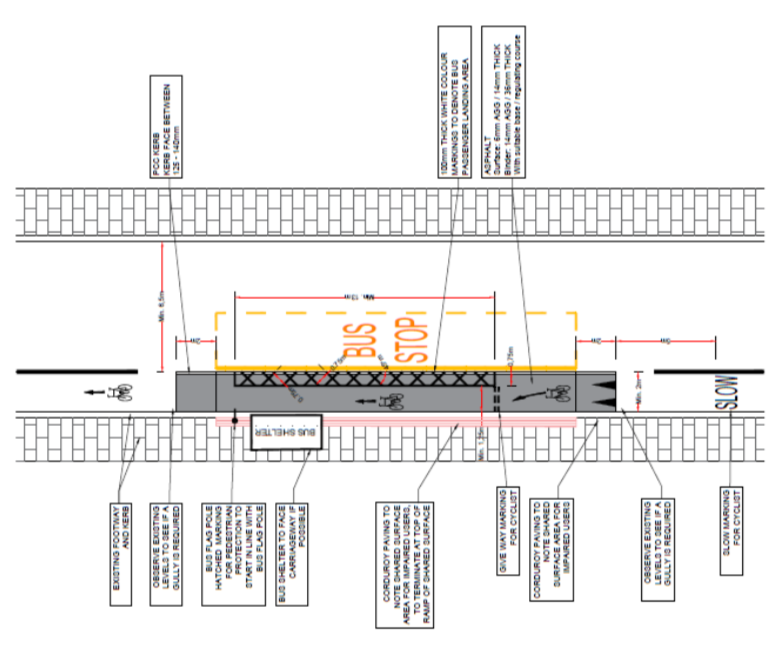