From 10:3- 11: 30 am people rode up and down Royal College Street to demonstrate this excellent infrastructure and to ask for more.

The sun shone and the rain held off on Saturday morning as members of the public and local party candidates joined Camden Cyclists for a leisurely and relaxed ride around Royal College Street, the award winning design (offering protected space for cyclists). 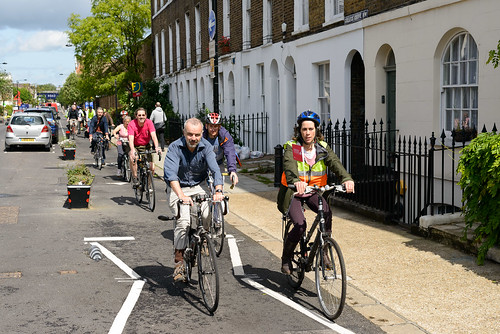 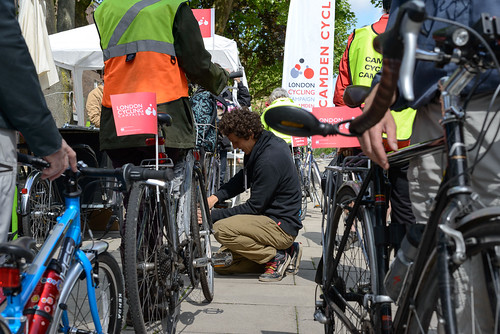 The event was part of the wider Space For Cycling Campaign being co-ordinated across the capital ahead of the local elections on May 22 whereby all main political party candidates from every borough ward have been asked to sign up to proposals from the public for safer cycling conditions. 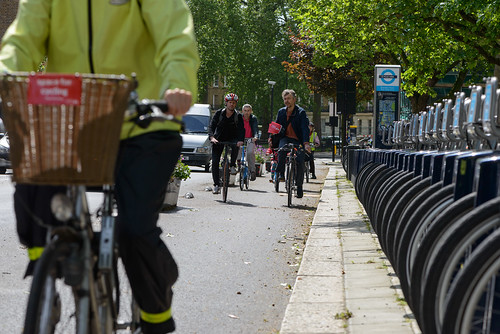 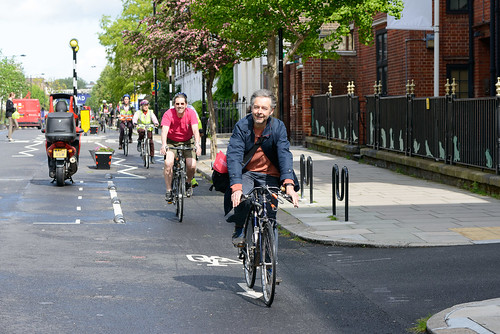 A bike mechanic from cargo-bike company London Green Cycles was at hand to attend to any bike adjustments or repairs whilst Camden group members responded to questions, pointing to examples from a recent survey that found 73% of those polled would have cycled during the April tube strike were it not for the fear of motorised traffic. The cycle campaigners also quoted experts such as Professor Frank Kelly of King’s College, London, who recently stated that “measures to improve the quality of London’s polluted air” (estimated to cost up to £19 billion a year in the UK) “should include improvements to cycling infrastructure regardless of the cost”. 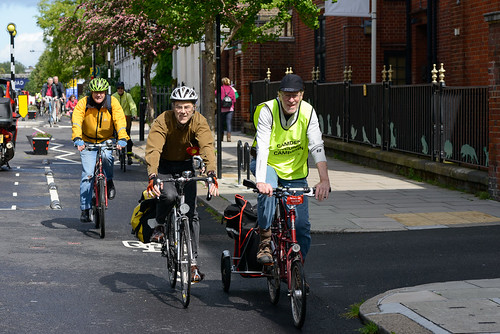 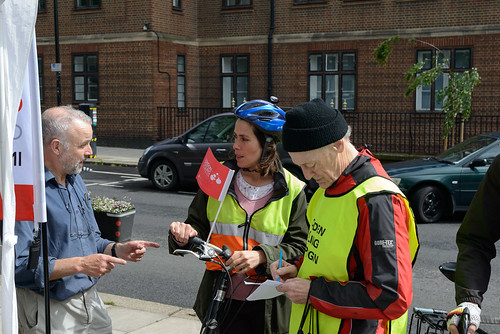 Alongside these facts in the argument for widespread improvements members also referred to The Netherlands’ 40% of all commutes made by bike (compared to London’s 3%) – as are nearly half of all trips to school, while 58% of those aged 50 or over cycle regularly. 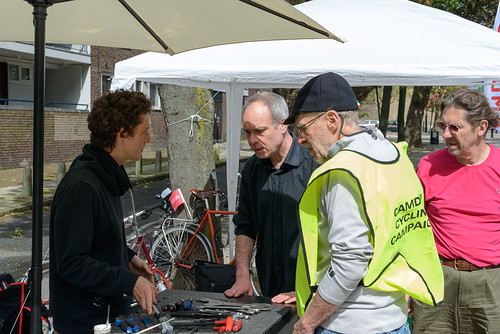 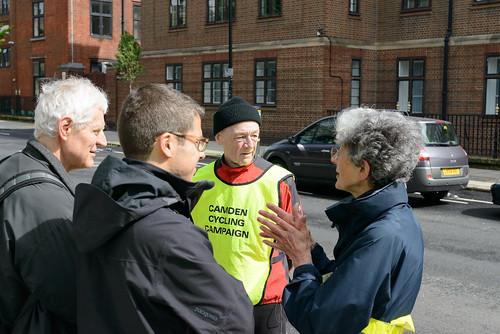 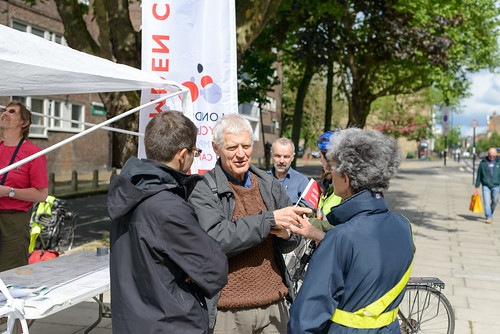 A counter recently set up on the street to show the number of bike journeys looks set to add to the case for increasing this kind of provision, with Royal College Street itself set for a north and south extension in the near future. Over 29,000 cyclists have been counted since the counter was installed on 15th April 2014.  The weekday average for the week starting April 22nd was  1,745 cyclists  – 111% increase compared to before upgrade and 54% since 2013.  On April 28th with a Tube Strike: 2,405 cyclists were counted.

The following video was made by Lisa Tang

The following time-lapse video was made by @NW6Cyclist (Shot at 1 frame every 10 secs on go pro and slowed down to 20% of speed.)

Account written by Steven Edwards and photographs by Caspar Brynnildsen