On the evening of 11th March, around 150 people assembled with their bikes in St Andrew’s Place by the junction of the Outer Circle and Park Square East.

The consultation on the proposals for CS11 was published by TfL in February – see  https://consultations.tfl.gov.uk/cycling/cs-11

Soon after that we heard about determined opposition from several different groups:

At a talk on Monday 7th March, Andrew Gilligan told us that the  CS11 consultation is in danger and that the only way to save it is to get large numbers of people to reply to the consultation in support of the scheme.

By Tuesday midday, we decided to have a demo and Angela took the lead in organising it. The main aim would be to get publicity and to persuade as many people as possible to reply to the consultation. Although there wouldn’t be much time to organise, we decided on Friday 11th so as to leave plenty of time to answer the consultation which closes on 20th. By Tuesday evening, Simon Munk (LCC) had offered to help with publicity.

We used the website for the Traffic Free Regent’s Park to announce the plans for the demo, see https://www.trafficfreeregentspark.org.uk/demo/

By Wednesday, Angela had informed the police and we started to think of speakers to address the crowd before we set off. We planned a route riding round and round Park Square (west and east). See map. Then in the evening, Regents Park Cyclists came on board.

Then we started to advertise the demo by on Twitter #SaveCS11 and by email. Steven Edwards was very busy behind the scenes, contacting road.cc and Stop Killing Cyclists as well as sending mail-outs to wards in Camden organising an Engaging Networks mail-out to Camden & other boroughs via LCC. Stop Killing Cyclists became supporters of our TrafficFreeRegentsPark campaign. 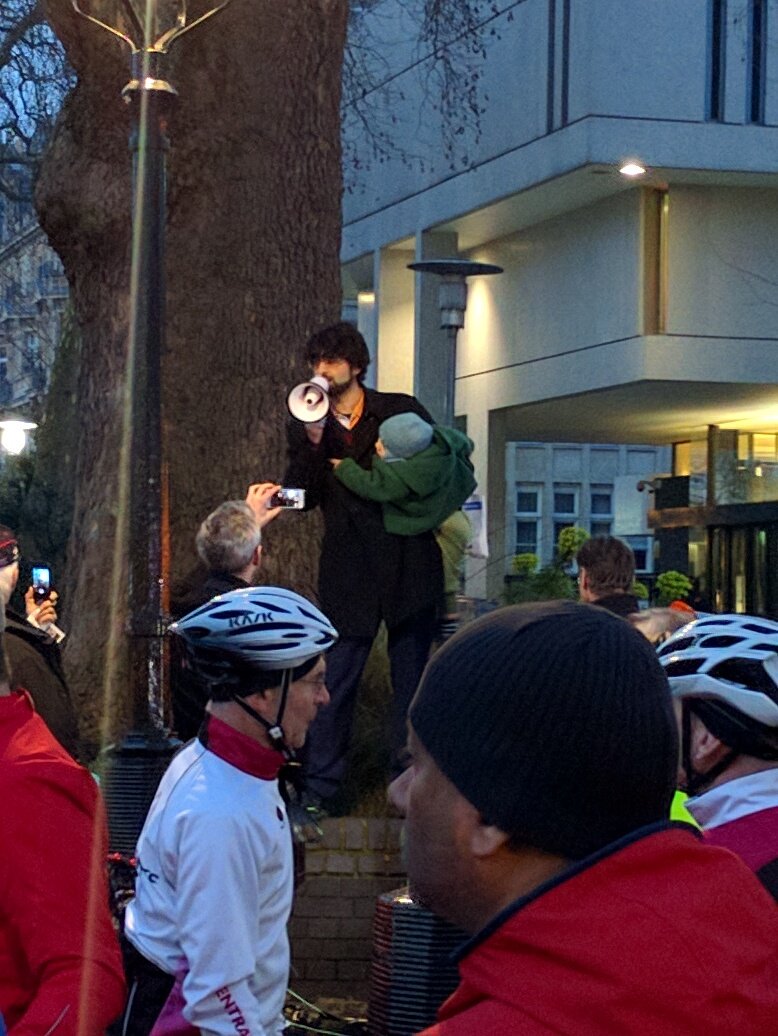 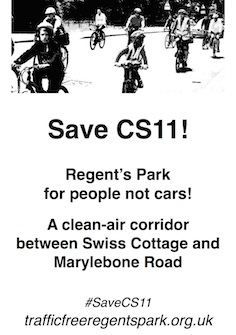 Eugene Regis made  a set of videos of his ride into work with a narration at certain points on the CS11 route to highlight what it’s about.  See https://www.trafficfreeregentspark.org.uk/cs11-videos/.

We prepared a set of leaflets to give out to the riders and made some small A4 size posters to tie on to people’s backs.

People started to arrive soon after 5:30 and by 6 pm a good crowd (maybe 150) had assembled. Before setting off Mustafa Arif (LCC) and  Donnachadh McCarthy (Stop Killing Cyclists) addressed the crowd with megaphones.

London Live were there throughout the evening. They started by recording those speeches and then interviewed Tom Bogdanowicz (LCC), Justin McKie (Regent’s Park Cyclists), Audrey de Nazelle (a expert on air pollution who came with her two young children) and Angela Hobsbaum (Camden Cyclists). Here are some of these interviews:

John Chamberlain organised the marshalls who were placed at each of the four corners of our route along the Outer Circle, Park Village West, Marylebone Road and back up Park Village East.  Our group was large enough to fill quite a bit of the route – I was at the back of the  line and by the time I reached Park Village East, some people from the front caught up.

We had three police constables on bicycles; it’s always helpful to have their support when car drivers get impatient.

We did the circuit about four times and then went round the Outer Circle. Here are some photos from @nuttyxander’s Flickr site: 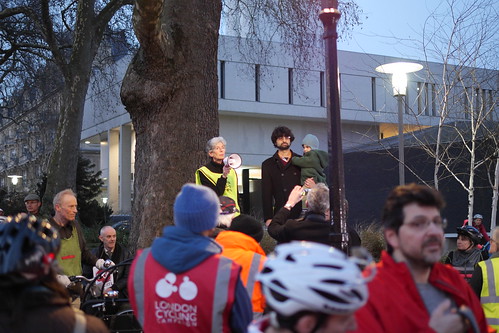 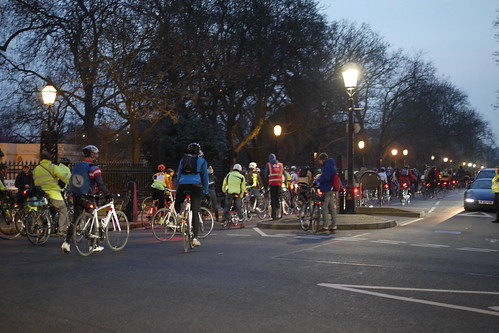 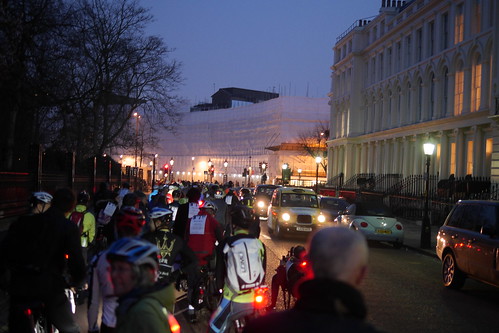 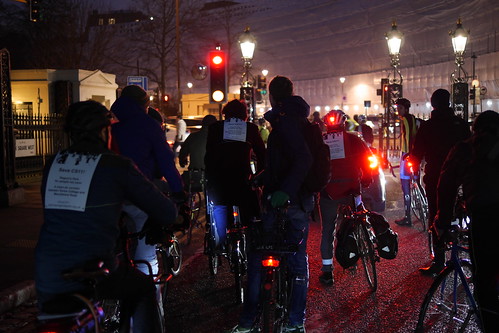 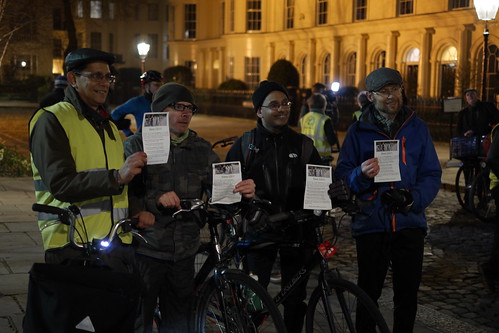 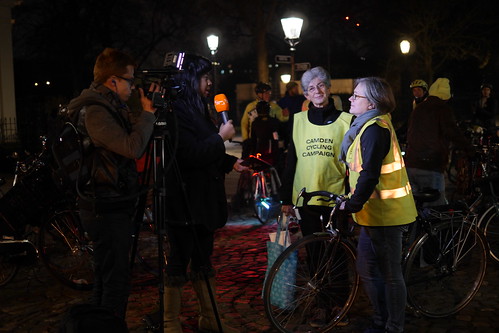 Here is a video made by @LondonDynaslow

Here is a video made by Eugene Regis from his position at the corner of Park Square East and the Outer Circle.

Many thanks to Angela for planning the event so that it all went smoothly and generated some publicity.

Finally, if you have not already done so, please reply to the consultation. Here are some simple instructions from LCC’s website.

We are expecting there will be articles in CNJ and Ham&High. If so, links will be posted here.

Set of photos by Steven Edwards

Two thirds of people back cycle superhighway through Regent’s Park