The London Cycling Awards ceremony was hosted by the Spin London festival in  Truman Brewery, Brick Lane. The presenter was the comedian and actor, Michael Smiley.

The awards were made in several categories and announced from three finalist for each category. These included Best Product, Best Urban Cycle Clothing Range and best Community Project of the Year. 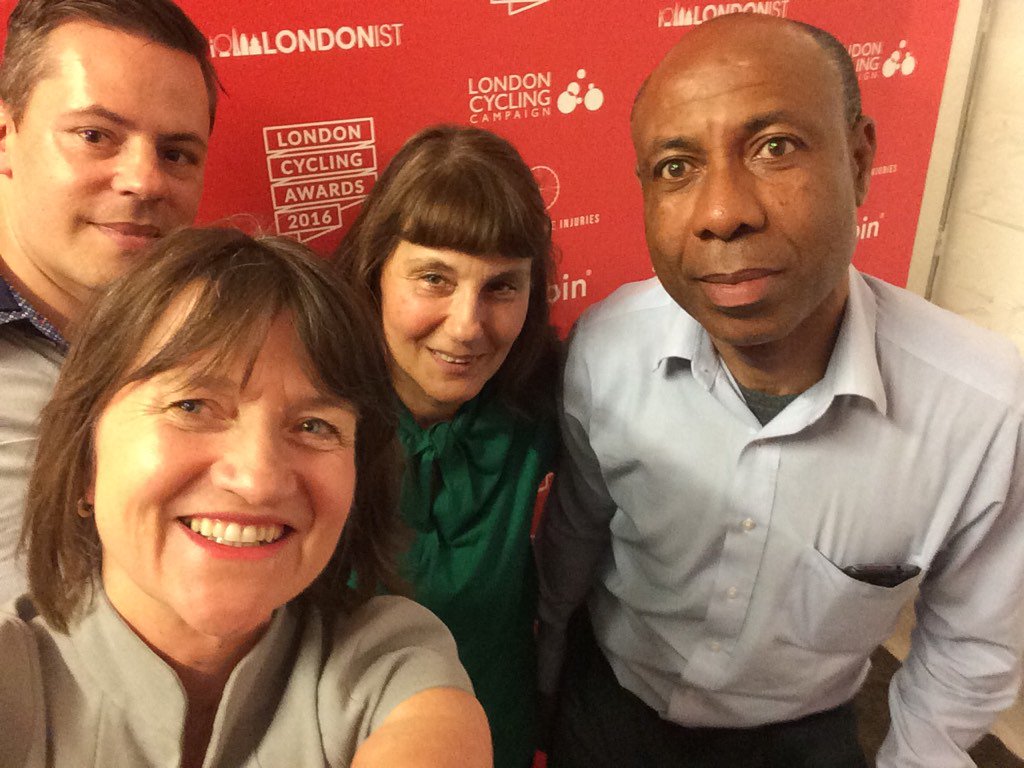 Thanks very much to @london_cycling for the best borough scheme award at London Cycling Awards #taviplace pic.twitter.com/29qkwFFiDt

We then had Cycling Champion of the Year, Best Cycling Event and Best Bike Shop.

Finally, Andrew Gilligan was given a special award. The photo below is borrowed from LCC. 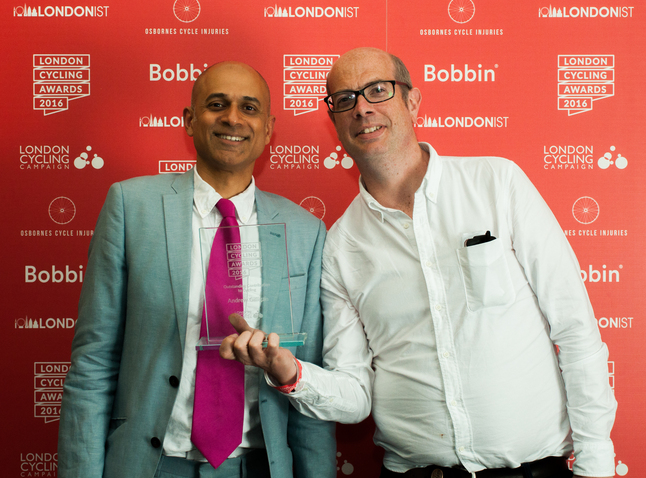 Andrew gave a good speech, saying that he doesn’t yet know who will be cycling Commissioner for Sadiq Khan. And as usual, he advised us that we will have to keep on fighting to get what we want.