George’s ride from Flitwick to the Shuttleworth Aircraft Museum at Old Warden in Bedfordshire is becoming a CC tradition. This was its third instance …

George’s ride from Flitwick to the Shuttleworth Aircraft Museum at Old Warden in Bedfordshire is becoming a CC tradition. This was its third instance and we were blessed with same the excellent weather we have had on previous occasions.
Thirteen riders set off from Flitwick station at 11:30 on Sunday 14 August. Tim, Barbara, Dympna, David, George, Jean and John were repeating the ride while Peter, Lucy, Shane, Nicola, Stewart and Diana were welcome newcomers.

After a couple of miles the rural nature of the ride revealed itself as we followed quiet lanes through the villages Flitton and Silsoe to reach Wrest Park – a stately home with a large park and farmland. The track through the park offers a convenient cut-through avoiding some main roads although its surface is not ideal cycling. 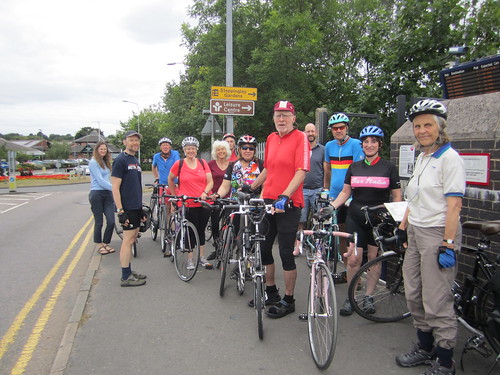 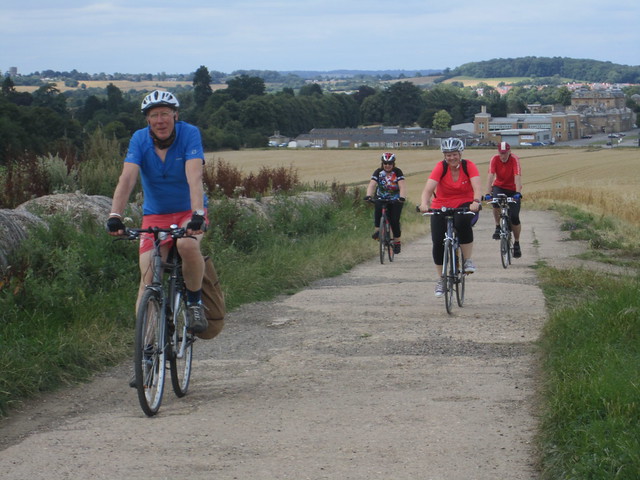 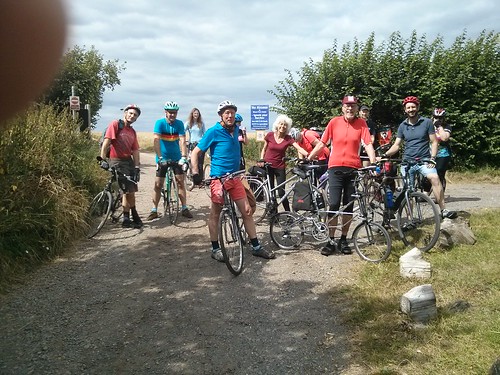 We safely reassembled on the far side of the park to continue on our meandering route through Shefford and Old Warden to reach the Shuttleworth airfield with its museum and café at about 1 pm and 15 miles from the start.

After a leisurely lunch alongside the grass airstrip with various planes parked on it, the group split according to their desires to ride the longer route to our tea stop via Cardington led by George (about 18 miles), or a shorter route (about 12 miles) led by John.

Nine riders set off on the longer ride, passing through the typically English villages of Northill and Cardington. One of our motivations for this route was to view the historic airship hangars at Cardington. What we had not expected was to come across a spanking brand-new 21st century airship in the form of the Airlander 10. This was quite an excitement and we weren’t the only interested spectators. 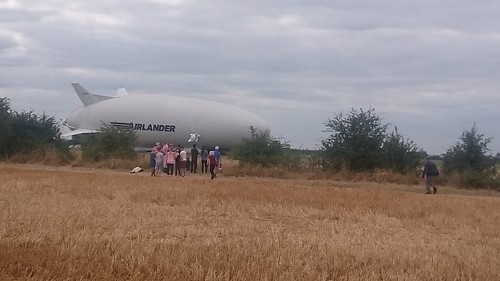 This was its first public appearance after its construction in one of the immense historic hangars. It didn’t take to the air while were there, but it was exciting to read about its first flight only a few days later.

Eventually we tore ourselves away from the airship and continued to St. 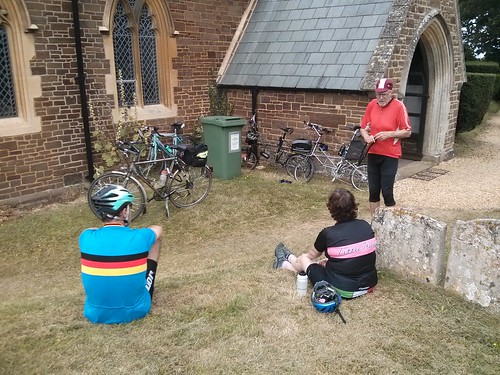 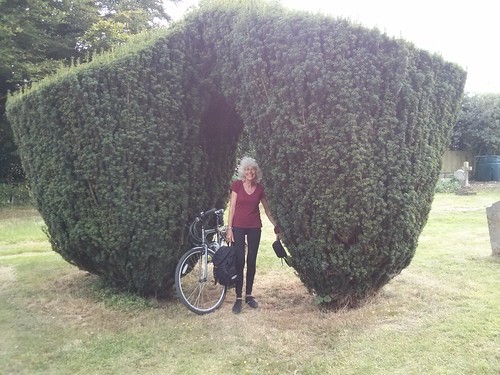 Mary’s Church in Haynes where we rejoined the remainder of the group to enjoy the excellent tea that was being served to visitors there.

The last part of the ride was pleasantly uneventful.

Map of the short route on Gpsies (and GPX file)

Map of the long route on Gpsies  (and GPX file)

There are a few more photos on our Flickr page here.