At last, the risk to cyclists from left-turning motor vehicles has been removed.

Camden have finally implemented a set of measures that should make cycling on Vernon Place a lot safer.

This follows the death of two cyclists in Vernon Place killed by left-turning motor vehicles, one in 2013 at the Southampton Row junction and the other in 2015 at the Bloomsbury Square junction. Two other cyclists were killed in 2008 and 2009 at the Southampton Row junction. After the death in 2013, the coroner sent a ‘Prevention of future deaths’ report to Camden Council.

Then after the death in 2015, we had a series of meetings with Camden with a view to persuading them to make some immediate changes rather than waiting for the Holborn gyratory removal project.

Following several iterations of design and a consultation Camden have now started work on the following changes:

(You can click on any image to see an enlargement.) 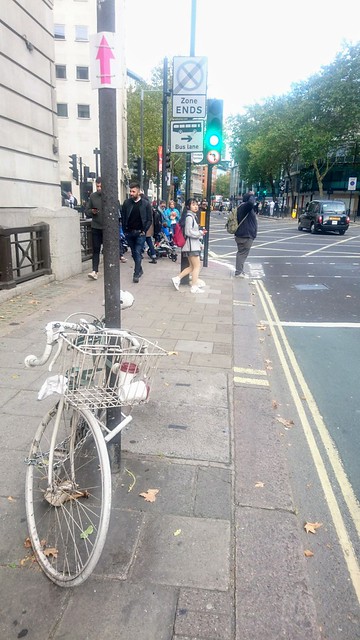 Photo 2: Bloomsbury Way at Southampton Row with Ghost Bike in the foreground 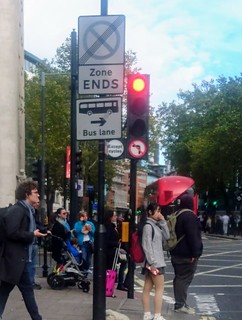 Photo 1: No left except cycles

Photo 2 shows the lead up to the junction. In the foreground, you can see the ‘ghost bike’ put there as a memorial to the cyclist killed at the junction with Bloomsbury Square in 2015. 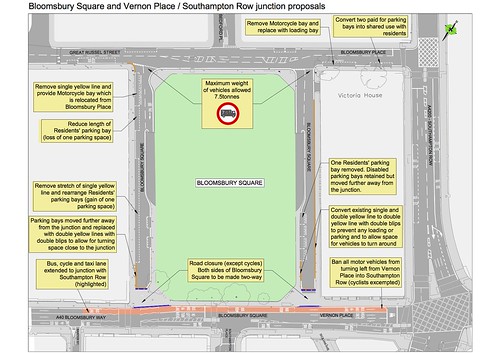 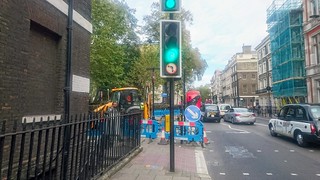 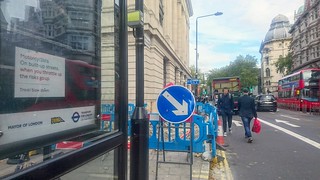 The above consultation drawing shows that both of the junctions are to be closed to motor traffic.

The photos 3 and 4 show work in progress at these road closures.

These changes have at last removed the left-hook risks on Vernon Place. But although Bloomsbury Way and Theobalds Road are very heavily used by people on bikes, they are really unpleasant to ride and urgently need an upgrade. We have been waiting for our ambitions for Clerkenwell Boulevard to be fulfilled so that this route will be suitable for use by all tastes and ages and will attract new people to cycle.