Cyclist who knocked over woman on phone must pay up to £100,000 | The Guardian

Last modified on Fri 21 Jun 2019 Man claims case, in which both were found equally to blame, may set alarming precedent A cyclist who knocked over a woman who was looking at her mobile phone while crossing a road has been ordered to pay about £100,000 in compensation and costs in a case he… [Read More]

Man claims case, in which both were found equally to blame, may set alarming precedent 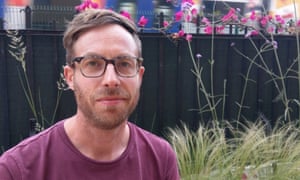 A cyclist who knocked over a woman who was looking at her mobile phone while crossing a road has been ordered to pay about £100,000 in compensation and costs in a case he claims could set an alarming precedent.

Both the cyclist, Robert Hazeldean, a garden designer, and the pedestrian, Gemma Brushett, who works in finance, were left unconscious after the rush-hour collision in July 2015.

The judge, Shanti Mauger, said both were equally to blame for the incident on a busy junction near London Bridge, but only Brushett was entitled to a payout because she had put in a claim and Hazeldean had not.

Brushett, who also runs a yoga retreat, was awarded £4,161.79 in damages after the judge ruled that a 8mm scar on her lip did not detract from her “very attractive” appearance, but Hazeldean was told to also pay the legal costs of the two-day case, estimated to be as much as £100,000.

The court heard Brushett was one of a “throng” of people trying to cross the road at the start of the evening rush hour. She was looking at her mobile phone when crossing the road while the lights were green for traffic, and only noticed Hazeldean approaching at the last moment.

The judge said Hazeldean was “a calm and reasonable road user” but was still liable to pay damages, adding: “Cyclists must be prepared at all times for people to behave in unexpected ways.”

Hazeldean, who now works in France, said he was “reeling” from a verdict that would leave him bankrupt. In a statement he said: “I am of course deeply disappointed with the outcome … and concerned by the precedent that it might set for other cyclists.

“I can only hope that the focus on this case highlights the vulnerability of cyclists, both physically and against the courts, and that it might help reform a legal system that appears to leave certain road users disproportionately exposed.”

Hazeldean said he realised he should have put in a counter-claim at the start of case but was reluctant to do so because he disliked the “claim culture”. He added: “Had I had legal representation at the time of preparing my defence, I would have taken those steps to protect myself.”

Hazeldean’s lawyers, Levi Solicitors, called for an urgent change in the law to protect cyclists from expensive payouts.