and to upgrade the cycle lanes to stepped tracks, widen pavements and improve Byng Place. Cabinet decision on 13th November

Last Wednesday, John Chamberlain led a deputation from Camden Cyclists in which we expressed full support for the scheme. There was one other deputation in favour from Gordon Mansions and three opposed from BRAG, LTDA and Imperial Hotels.  See the cabinet Agenda for details.

We are very pleased that Camden’s Cabinet made the right decision last Wednesday and that they have funding to build stepped tracks on both sides of the road as well as for making improvements at the junctions and at Byng Place.

Here is the background: 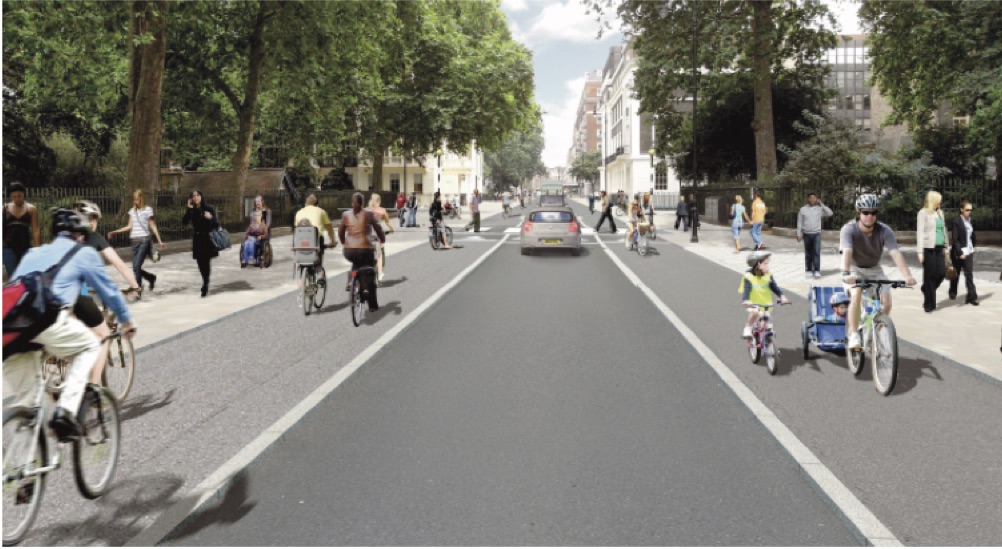 Here are a few highlights:

Emergency Services response: “Can you register an objection to the reversal of traffic flow on Tavistock Place, from the London Ambulance Service. This will delay ambulances returning to Bloomsbury ambulance station, Herband St, from Local Casualty department.” “That is correct we wish the traffic flow to remain in its current direction.”