This has involved the removal of 46 parking spaces and by 8th July mandatory lanes had been marked with white lines and a few days later the bollards were added. It was good to see so much space for cycling claimed so quickly (photo 1) but people did wonder why the build-outs hadn’t been cut back (Photo2). 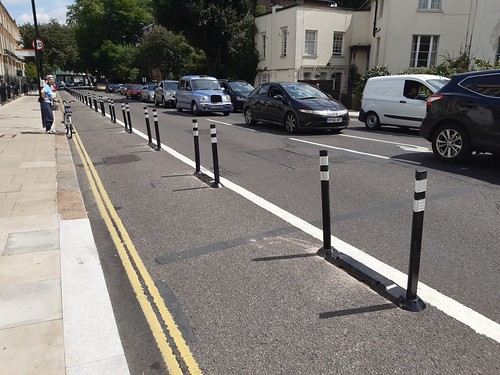 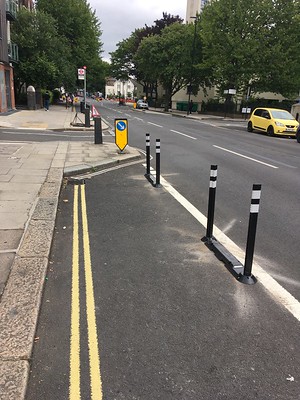 Photo 2: Prince of Wales Road eastbound before build-out cut back

However, we can report 23rd July that work has started on cutting back the build-outs and constructing the bus stops. There isn’t room to build bypasses like the new ones on the westbound track. Instead they will use a design like the ones in Royal College Street  south of Pratt Street now called SUBBs (Shared Use Bus Boarders)

White line painting started early in July on the Camden side and bollards were added by 23rd July. Work on the Islington side is to follow. The bus stops will be implemented as SUBBs. 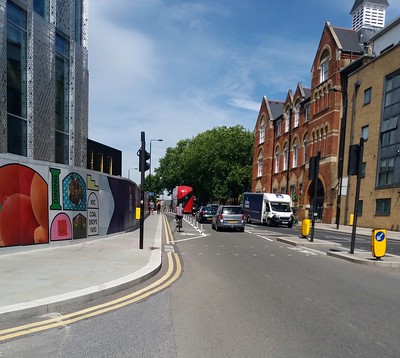 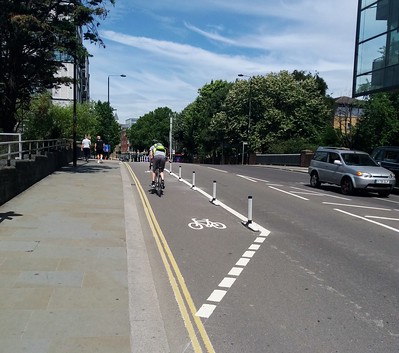 On 14th July, Camden Council published a decision to build pop-up cycle lanes on Chalk Farm Road between the junctions of Castlehaven Road and Prince of Wales Road and to improve the junction at Ferdinand Street.

Work is expected to start in late July.

Wide tracks with bollards. Left turn at Eversholt Street banned to avert left hooks, but we have heard reports that it is being ignored.

Wide tracks both ways. Mainly bollarded. But no improvements at Euston Circus. People intending to travel east on Euston Road are directed via Drummond Street and North Gower Street.

Wide eastbound lanes with bollards between Gower Street and Ossulston Street. A very useful eastbound route – the next parallel route is at Mornington Crescent on the north side and at Tavistock Place on the south.

Westbound plans have been announced but we are concerned about how it will link to other routes.. 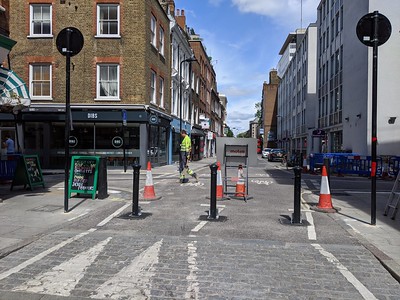 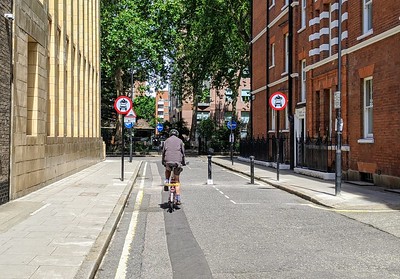 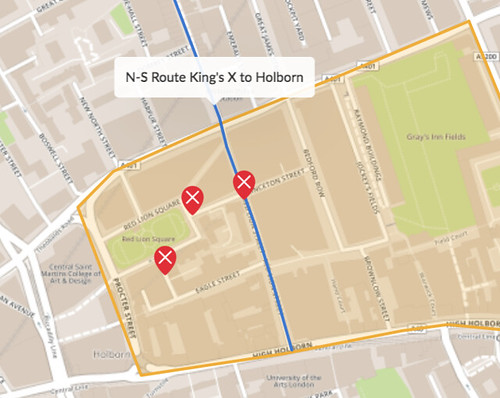 The two new filters together with another installed last year in Princeton Street eliminates through motor traffic on Red Lion Street and greatly enhances the north-south cycle and walking route from Kings Cross to Holborn.
The new point closure in Prowse Place was also completed by 3rd July. 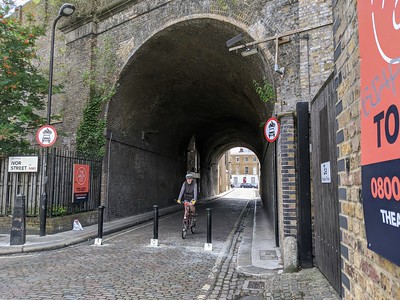 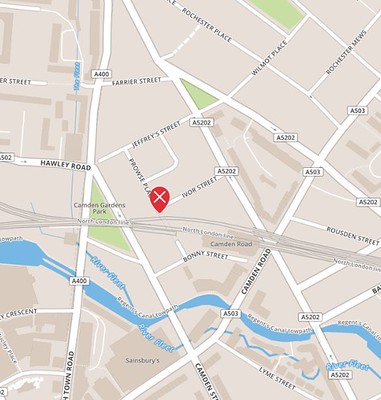 This will include timed closures to motor traffic on the roads around Seven Dials: Monmouth Street (full closure), Neal Street, Earlham Street Mercer Street.  Work to be carried out from July to September.

The map shows the progress of all of the Covid-19 measures.