The preamble states that Camden would like to make it easier and safer to walk and cycle in the area to the west of Euston Station.

The proposals include the following:

2. Widen the pavement on both sides (less road space needed in one way street) 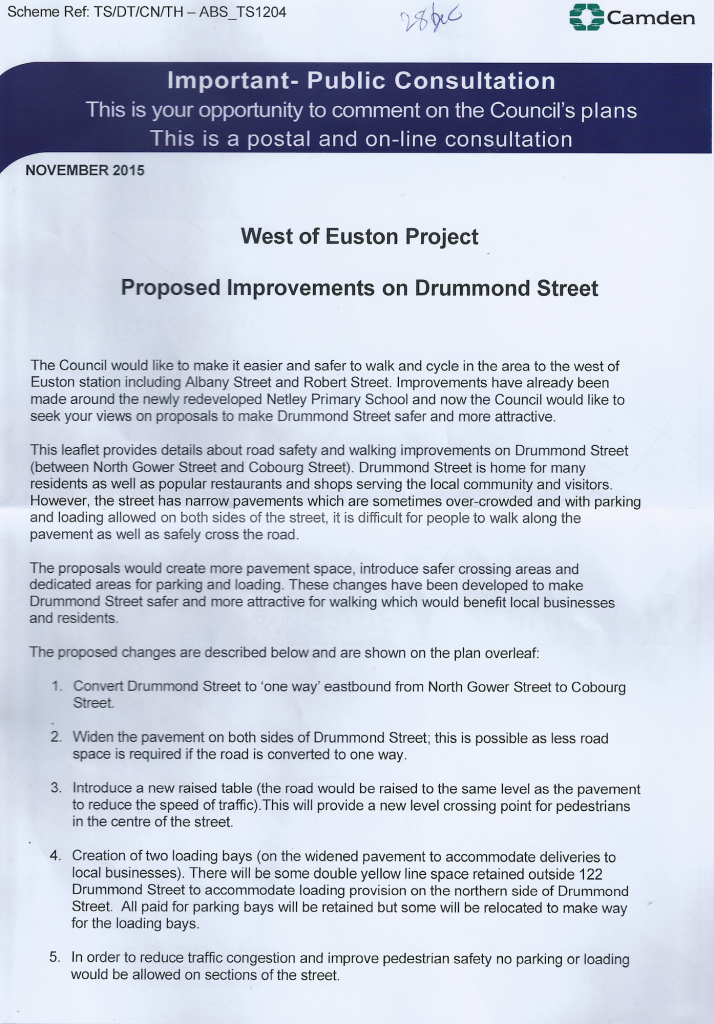 Look at the scanned images 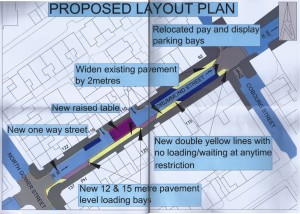