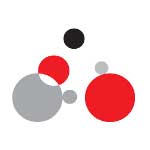 Survey of attitudes to SSL carried out in Byng Place, February 2004.

This policy was devised in reponse to consultations on Prince of Wales Road and on Highgate Road.

Speed cushions, Why they are not a cycle friendly measure, and how to minimise their impact Why are speed cushions bad for cyclists?

On 7th March the entire Royal College Street cycle track at the Plender Street junction was fenced off, preventing use of the track by cyclists. This appeared to be due to works associated with the installation of a speed table at that junction.

The Bike 2001 was formulated by a handful of key Campaign members, following a request from councillors for an analysis of the problems encountered by cyclists, and a structured report which presented recommendations on how the council could address the issues arising. Bike 2001 was presented to Camden Council in October 1997. The Council started work on its Camden Cycle Plan in 1999, which drew heavily upon this document.